By maisymak January 12, 2011 No Comments
I know many of you have been updated with our recent chicken attacks, but in case you missed the latest, here it is.  Here our chickens peck in tranquility, being thrown food, the required oyster shells to make their eggs stronger (a needed requirement did you know?), and pulling their weight by supplying the daily egg. 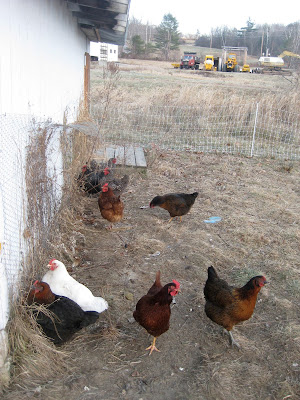 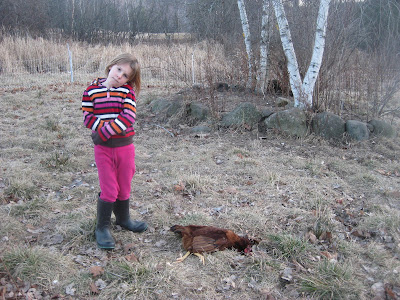 Mom, why is there a dead chicken in the middle of the pen?
Oh dear, twas true. 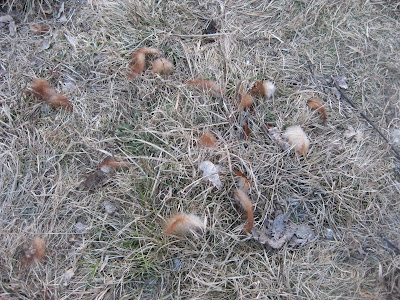 A pile of feathers where the attack occurred. 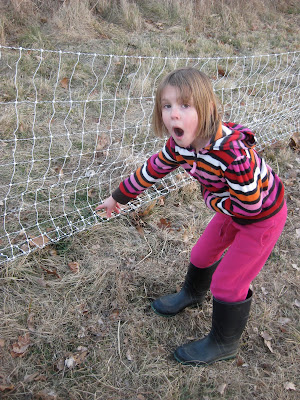 After some investigative work, Brynne said it happened here, where the pile of feathers are.  The question:  What animal was it?  Did it wiggle under or climb over the electric fence?  How did it not get shocked?
Uh oh.  We discovered that our electric fence was OFF.  Probably when we had small children over and didn’t want them electrocuted.
Lesson learned.
I felt worse a few weeks later when we got lazy.  The electric fence was on, but their chicken door was open during the night because it was cold and dark and no one wanted to walk down to close it. 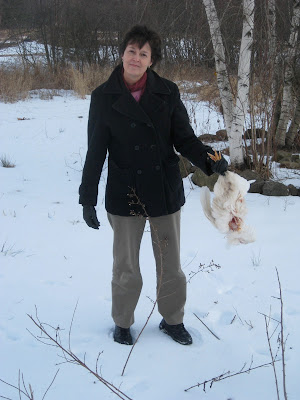 Grandma Mia heard a terrible racket and horrifying scream coming from the henhouse at 4 a.m.  Then all was quiet.  What was it?  A racoon?  A coyote?  A fishercat?
It must have been a big enough animal to jump over the electric fence.  This time it got TWO of our chickens, one of them being my personal favorite, the beautiful white bard rock. 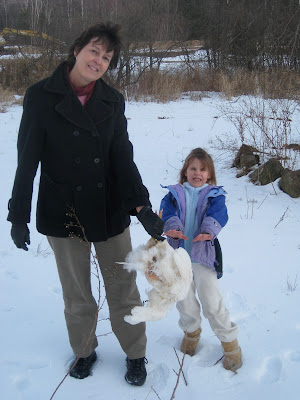 Grandma wasn’t afraid to touch it 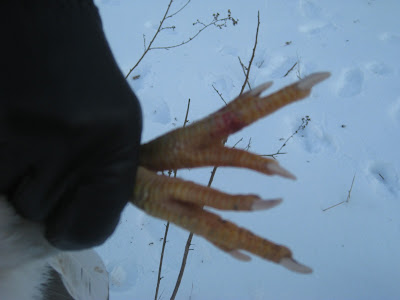 Ew.  Will you ever eat chicken again?  Whatever it was had big teeth.  Grandma Heather is convinced it was Sasquatch.  Seriously.  Do you believe? 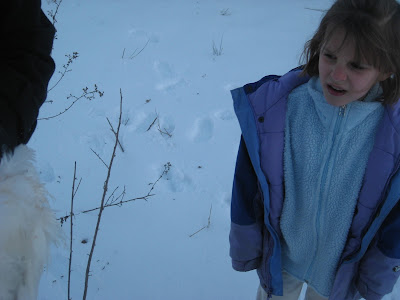 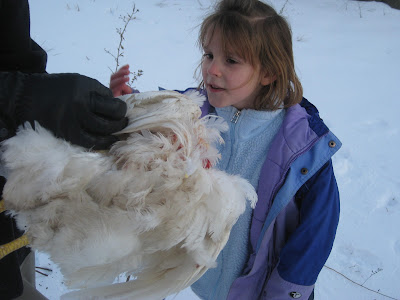 Brynne was the only one who would get close for the anatomy lesson. 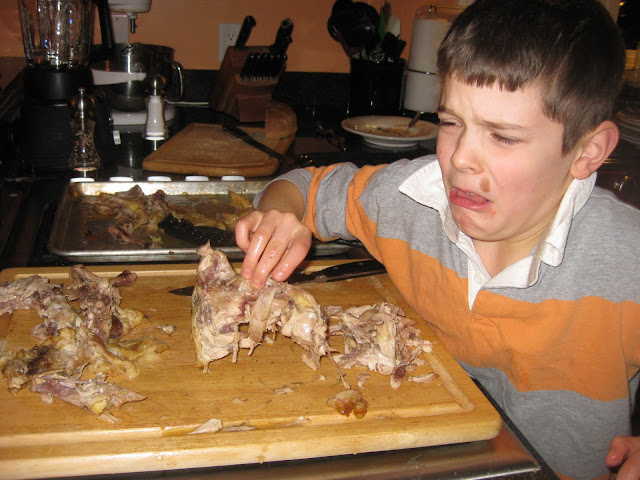 Then it was chicken for dinner!
Ok, it wasn’t that chicken but Nelson was just thrilled about deboning for the next soup.
So here is what we have learned:  You must be ever vigilant when protecting your vulnerable and weak ones.  You must not leave them without protection, nor leave them in a place where attackers can sneak in the night and catch you both unaware.