Cope came home from school with four bags of King Arthur Flour.  Made just across the border in Vermont, it was good stuff.  I especially liked the white whole wheat flour.  She was supposed to make two loaves; one for her and one for the Andover food pantry.  Someone didn’t want to make bread so she brought home enough to make four loaves!  I tried to stand back and let her do it.  It’s hard to shut the yap.
We had a lot of fun together in the kitchen. 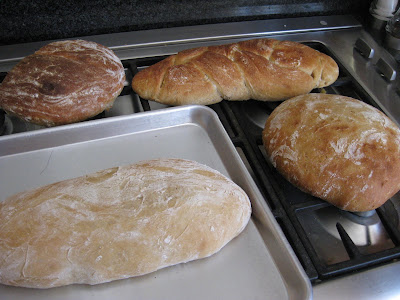 She was most proud of her braided loaf but did not appreciate all the clean-up that cooking requires.

Nelson played with all the games from his birthday.  Here he plays “Sorry” with Daddy who I made wake up from a nap to play.  I should like playing board games more but… 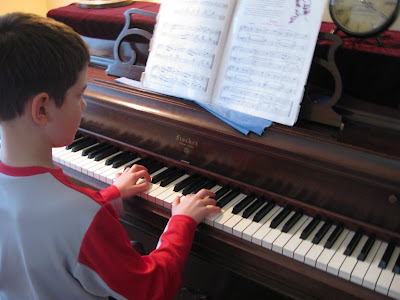 Here Nelson rejoices at the piano 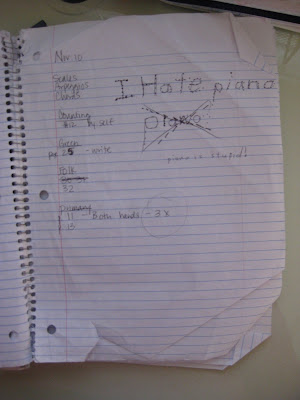 And writes me a little note.  Isn’t that sweet? 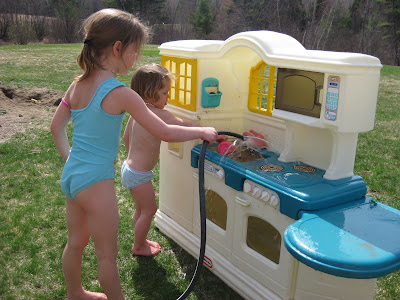 Want to entertain children for hours?  Turn on the water, give them some dirt and watch the magic happen.  I picked this kitchen up for $20 at a thrift shop.  It was supposed to be for Brynne’s birthday next month but she found it stashed in the garage and begged and begged.  I relented. (This is probably really bad parenting?)
They LOVE their kitchen.  And it was warm enough to play house in a swimsuit early this week! 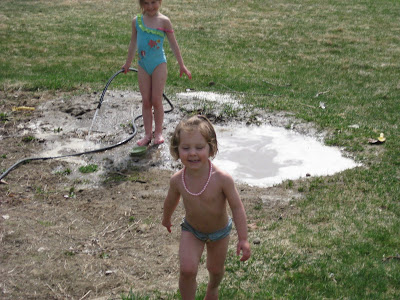 After throwing a tantrum when we couldn’t find her swimsuit, Paige finally had fun in her underwear.  We discovered that a hole, some dirt and water make a muddy swimming pool.  Yea!  Hours my friend.  Hours. 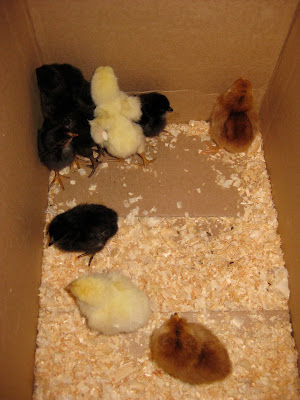 April 9th arrived and so did ten chicks.
6 Aracouna (they’ll lay blue eggs)
2 Rhode Island Reds
2 White Rock
They will live in this box for 6 weeks until going into the coop.
We are hoping they are well-accepted by the flock. 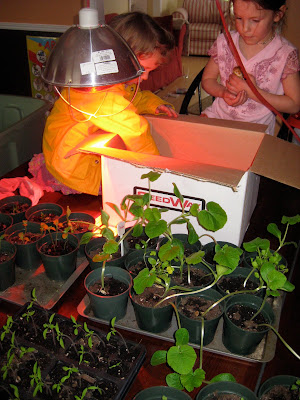 Our seeds are taking off!  Too much, I think. 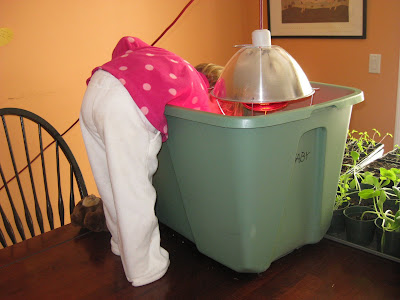 Paige can NOT leave the chicks alone.
Last year I watched them like a hawk.  Now I hardly care.  Just no squeezing please. 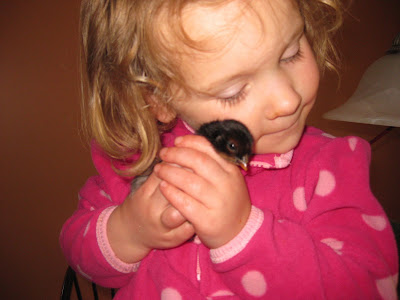 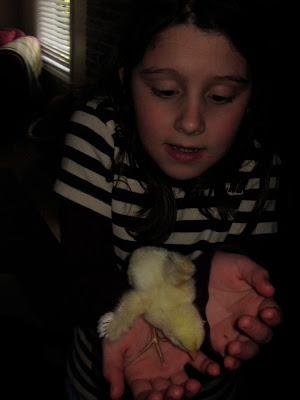 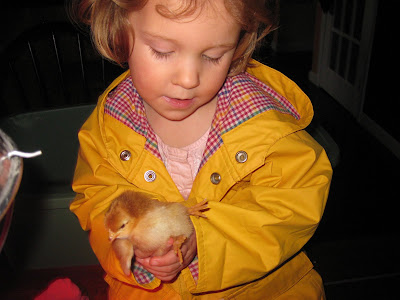 This is Emmy.
They all get mixed up but it’s still fun to name them.
Poor Nelson is still traumatized from the rooster that he wouldn’t even touch the chicks.  “I hate them,” he says.  The girls walk around with them all over the house and so far Tenny hasn’t been too interested.
Kids having fun.